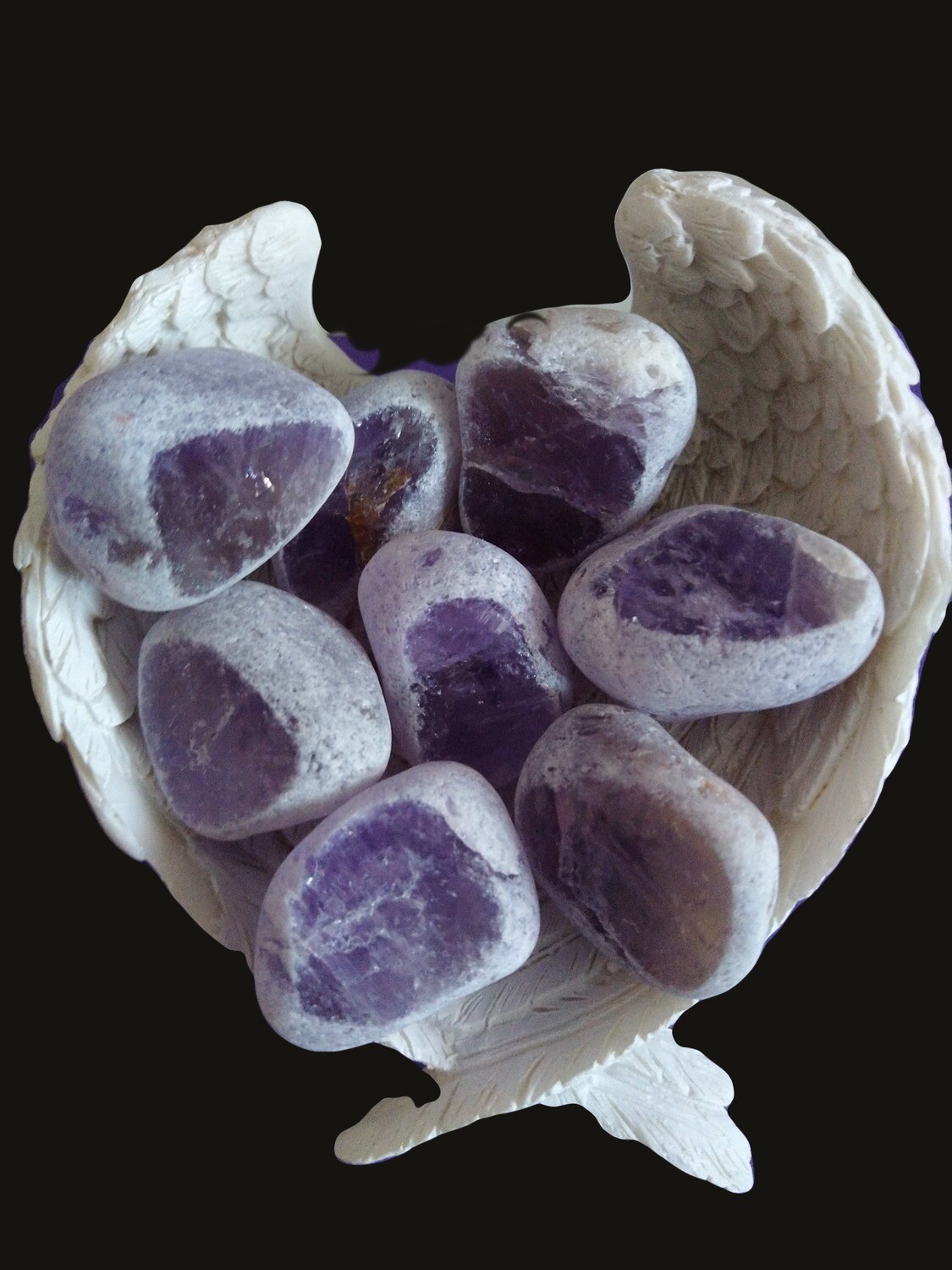 Dragon Eggs can also be called seer or Ema eggs. If you look up Ema eggs on the internet you will see countless information stating that Ema eggs come from the Ema river in South Brazil. I cannot find any river in Brazil by that name. However it is believed that the Ema is the Brazilian ostrich and the original pebbles that were tumbled naturally in Brazil were called "ovo de ema" quartz, Which means pebbles like an Ema egg. ALthough the stones look nothing like an ostrch egg. The original pebbles were tumbled naturally and had a frosted external. They were cut and polished on one side so you could see a "window" which is another reason they were also called seer stones.

It is believed that the river they were found originally ran out of the natural stones and the metaphysical community made their own "Ema eggs" with a rock tumbling process still used today. They are still pretty magical and I prefer to call them dragon eggs and so do my Dragons.

Thank you for shopping   @